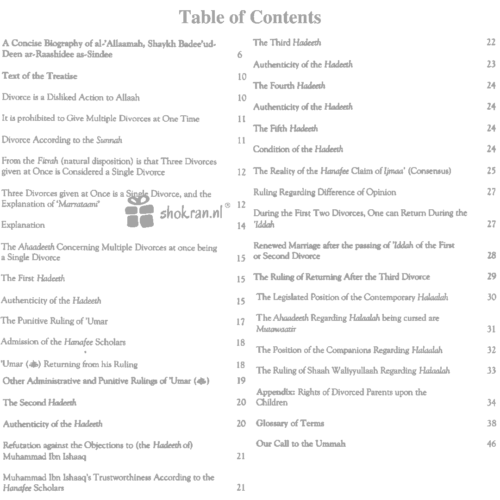 The foundational principles of Islaam are based upon justice and rectification, and upon this basis, Islaam has permitted divorce in cases of helplessness. The meaning of this is, if there remains no chance of accommodation between a husband and his wife, then they may release each other through divorce. And Al-Allaamah Aboo Bakr Jasaas Ar-Raazee says, “Our companions have said that the best manner of giving divorce is when it is given after she is purified from the menstruation and without sleeping with her, and then he waits until her ‘iddah has ended. And if he wishes to give three divorces) then each divorce should be given after each (menstrual) purification without sleeping with her, and this is the opinion of Sufyaan Ath-Thawree (d. 167H). And Imaam Aboo Haneefah (d. 150H) said that it has reached him upon Ibraaheem An-Nakha’ee that the companions liked that (one) should not give more than one divorce at one time and the three divorces should be given separately upon each purification.